This woman is 29 years old, has a retroverted uterus, has not used oral contraceptives for 7 years, and has no children.   She is a non-smoker and a social drinker. She had pedunculated fibroids removed via laparoscopy from her outer uterus about a year before these photos were taken. Recent ultrasounds show no new fibroids.

While taking photos of her cervix for this site, she noticed white spots on her cervix. Her doctor tested the cells and found that she had Mild Cervical Dysplasia, CIN I caused by HPV. She had cryosurgery to remove the tissue. 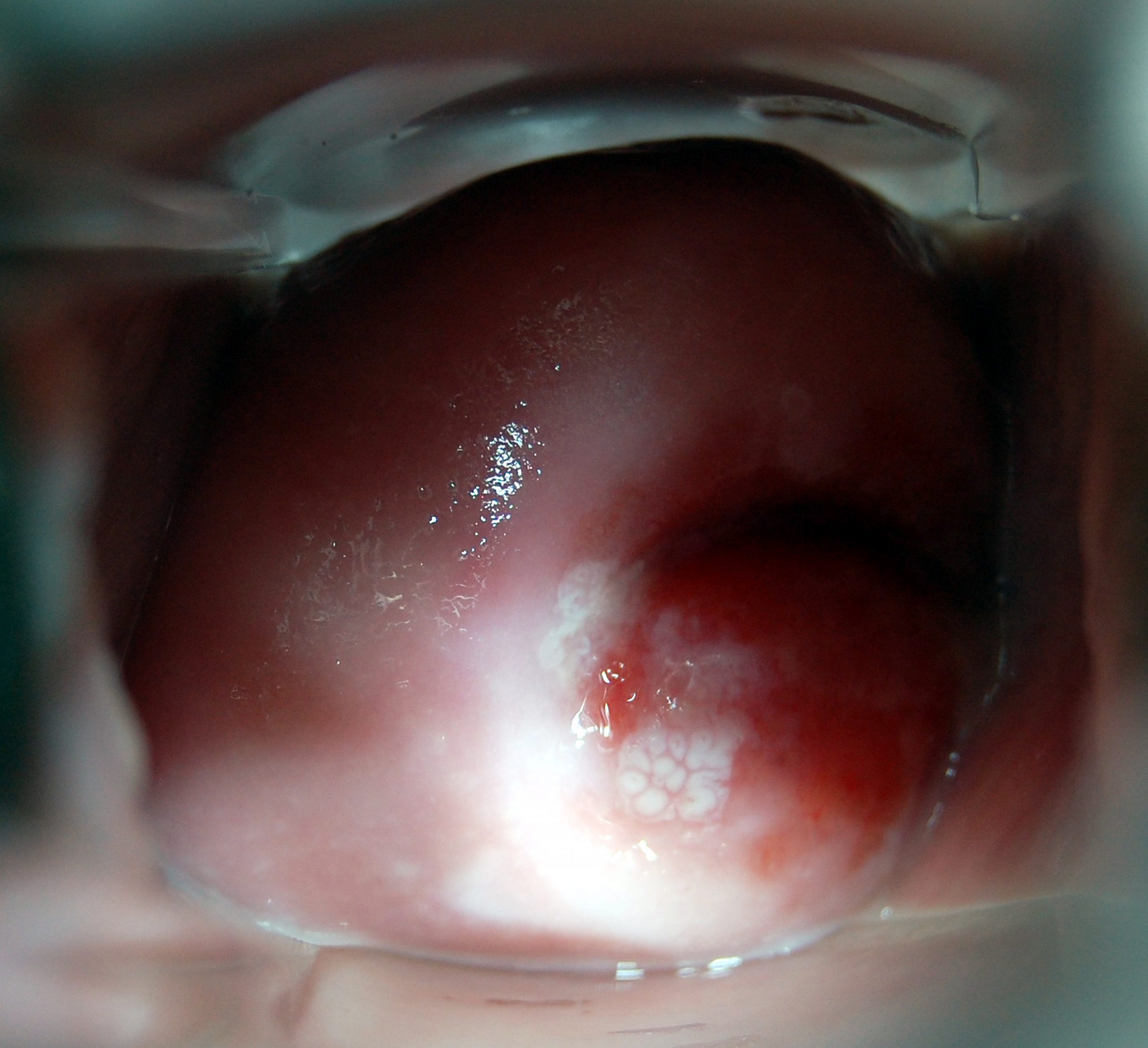 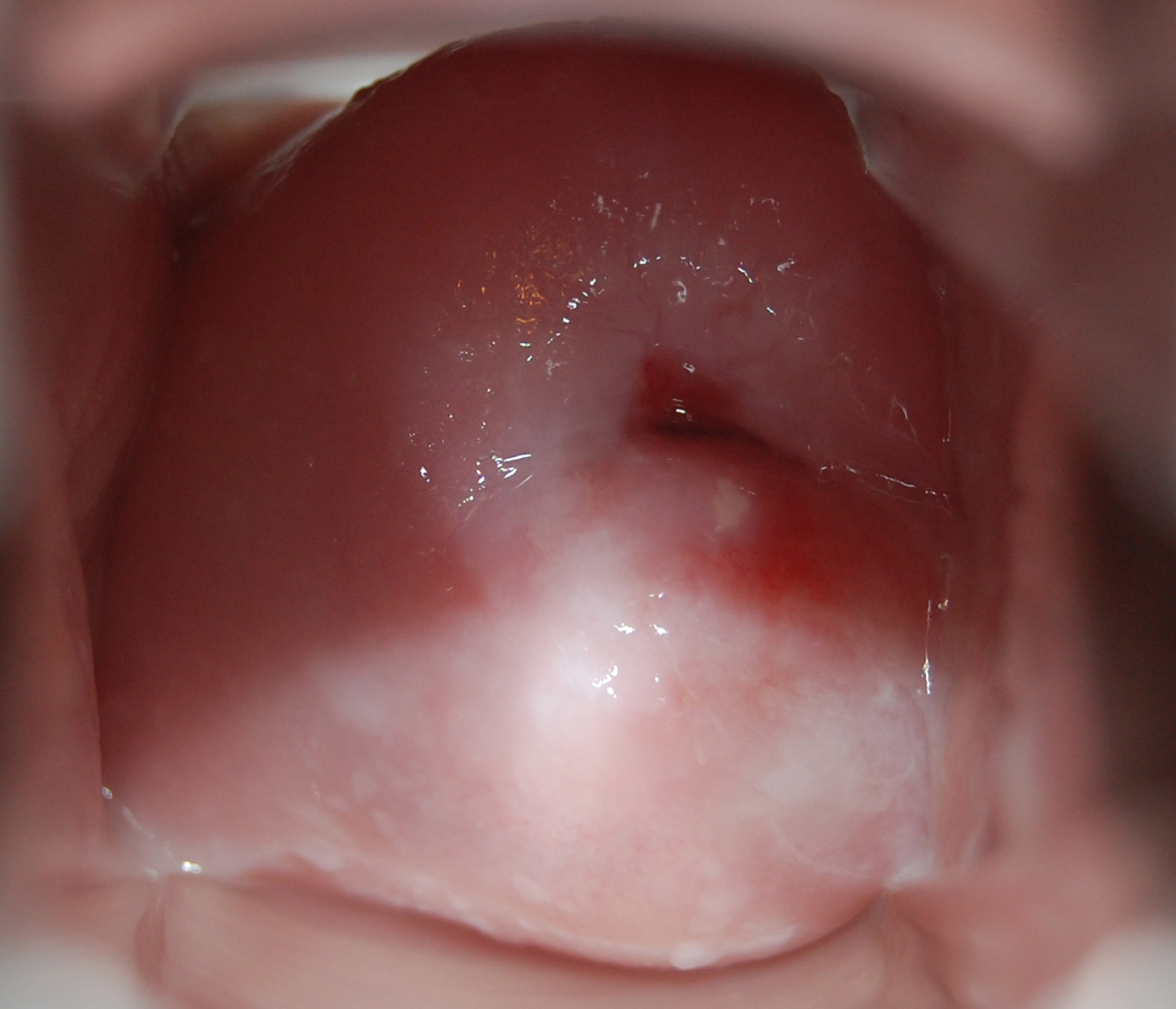 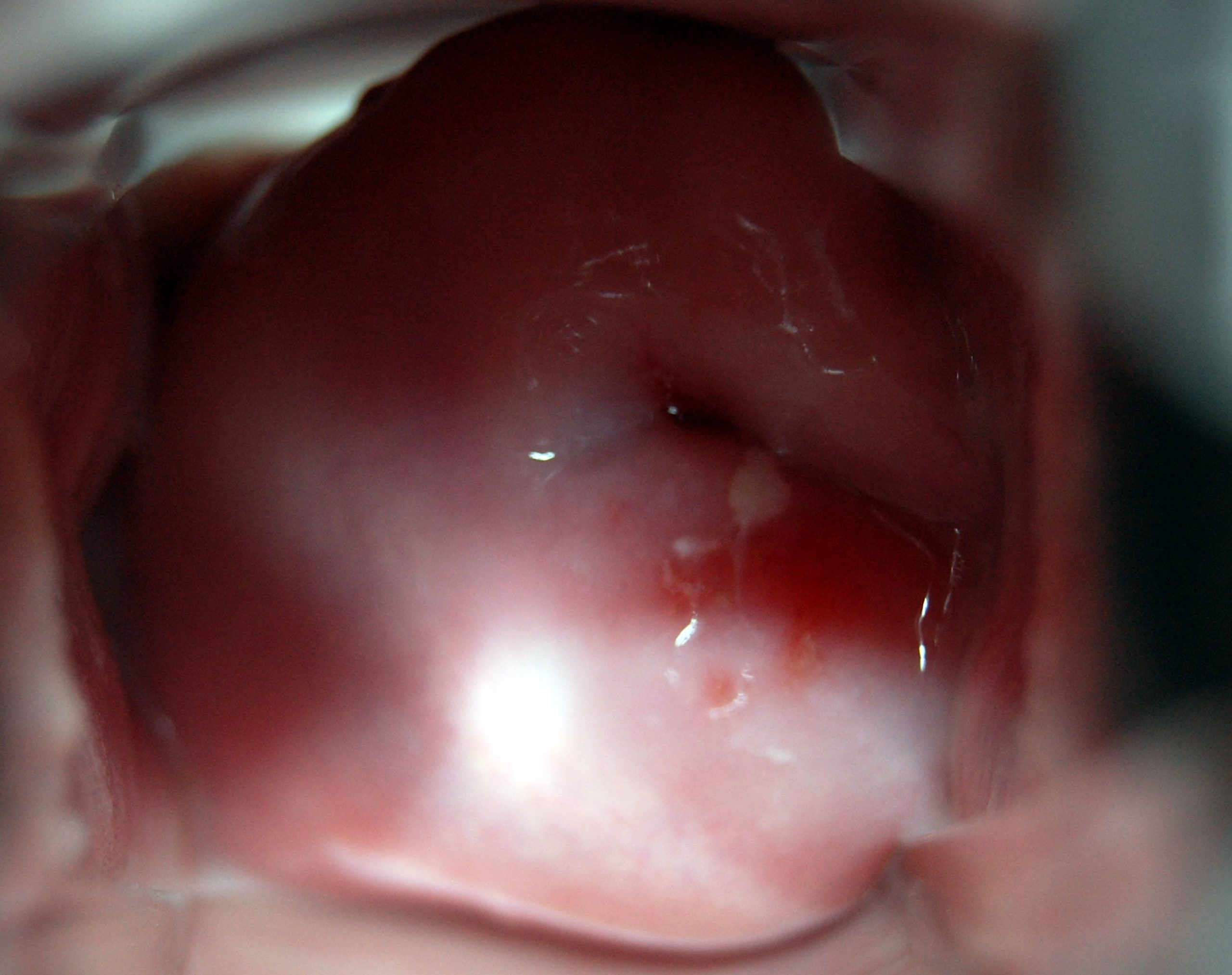 Some dysplasia left on her cervix; new doctor says LEEP is not necessary, and they have decided to just monitor it