This woman is 29 years old and has given birth vaginally twice (6 and 10 years ago).  At 7 weeks pregnant, she had some bleeding and went to the hospital to have an Ultrasound done.  The technician did not see a fetus in her uterus, so her doctor prescribed Cytotec 200 µg to help her uterus continue to expel contents of her uterus, thinking she was having an incomplete abortion/miscarriage. They later learned that this was a misdiagnosis, but the Cytotec was too toxic to allow the pregnancy to continue so the doctor performed a D & E (dilatation and evacuation) abortion.

The doctor placed an IUD (note the visible strings)  in her uterus after the abortion because he advised she not conceive again for at least 3 more menstrual cycles. 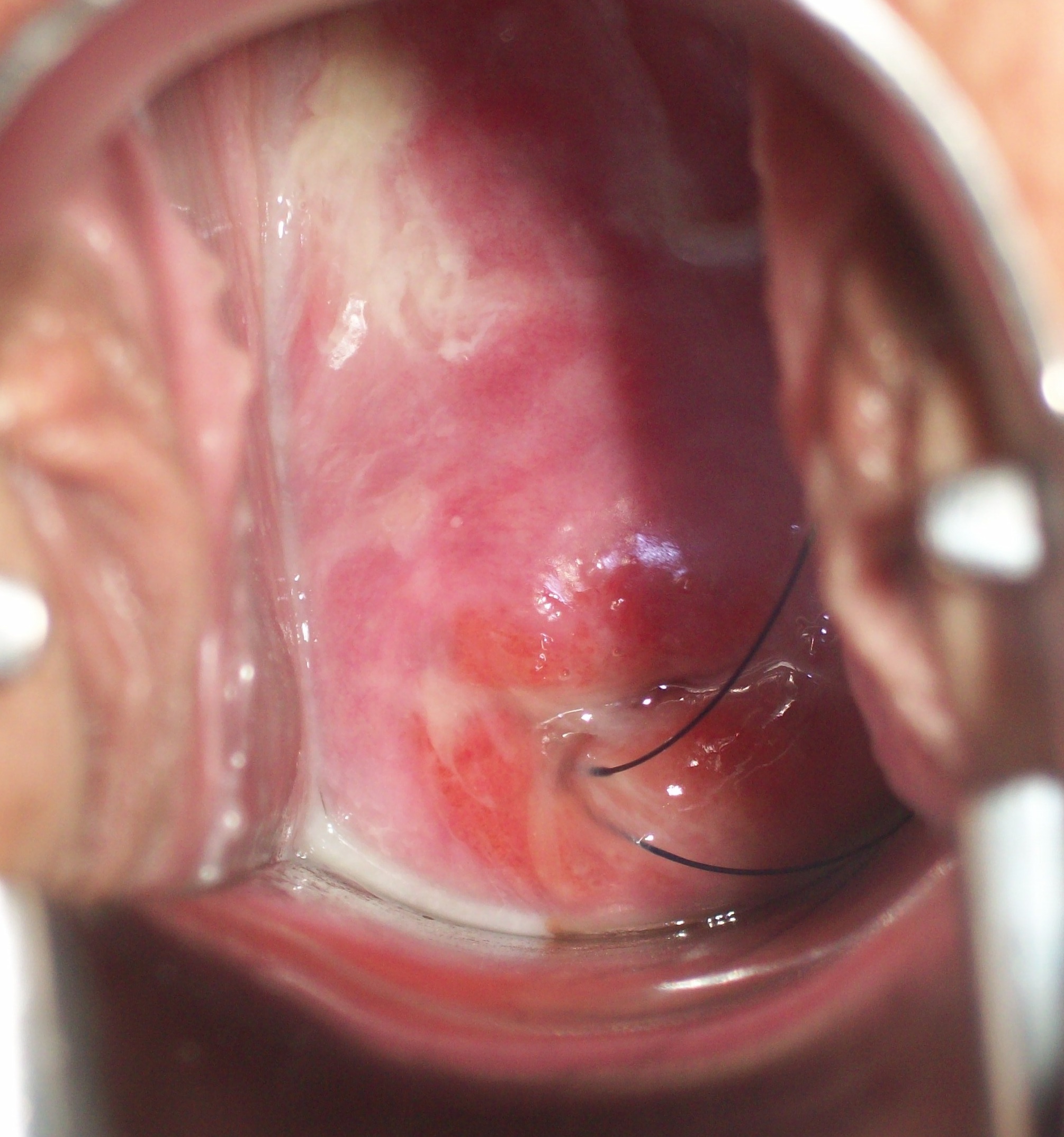