These are the photos of a woman who has given birth three times.  She has no history of STIs or abnormal paps. She used the birth control pill for many years until her tubes were tied in 1983 after the birth of her last child.

Before menopause, her cycles were typically 28-29 days long. Though she did not track her cervix or basal body temperature, she did notice that immediately before her period, her energy and libido increased (likely due to an increase in oxytocin right before menstruation starts).  These photos were taken on the first or second day of her cycle on various cycles between the ages of 35 to 50.

Her husband (and photographer) is a doctor and they used a four blade Patton speculum and a metal speculum.  One photograph is of a brush inserted into the os to perform a pap smear. 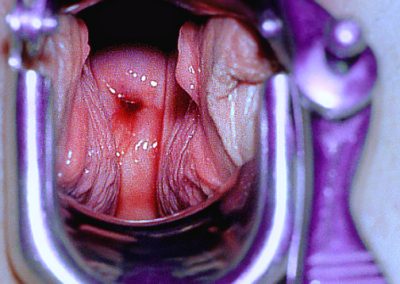 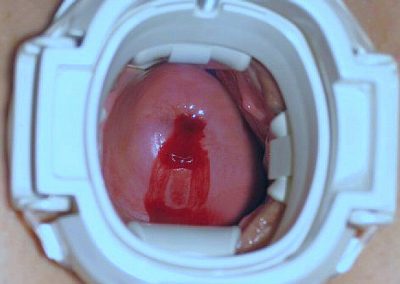 Used a four blade Patton speculum; red blood flowing from os; os is smile shape because she has given birth 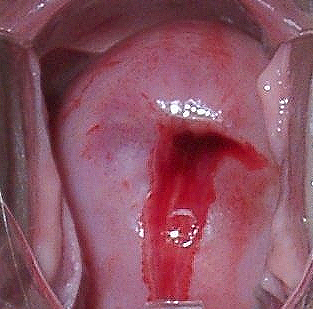 Red blood flowing from the os 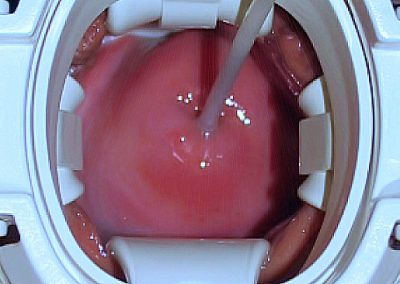