This photo series is taken during this 33 year old woman’s colposcopy and LLETZ procedure (Large Loop Excision of the Transformation Zone), also called a LEEP procedure (Loop Electro-surgical Excision Procedure). She has had no vaginal births and you can see her os is round.

Her pap smear came back with abnormal results due to HPV.  During the next appointment, the gynecologist applied acetic acid/iodine to her cervix to better highlight abnormal cells (colposcopy), but said the abnormal area appeared mild.  However, the tissue sample collected came back as severely abnormal, so she went to the clinic again for the LLETZ procedure.

This woman describes the procedure as “a walk in the park.”  It was performed with local anesthetic in an outpatient clinic.

The first cervical photo is the point of view of the colposcope (projected onto a TV screen) during the beginning of the procedure.

She did not feel the injection of anesthetic at all, but the adrenalin in the mixture made her legs shake and made her feel a little panicky (though this was chemically induced, not her true feeling about the procedure).

This second photo shows the acetic acid and iodine solution applied to the cervix to temporarily stain the cervix and help visualize any abnormal cells in the transformation zone (where many precancerous and cancerous lesions often arise).  The whiter area indicates the abnormal cells.

She experienced slight discomfort when the loop excised the tissue. It felt like a short sharp poke but the sensation was gone immediately and she didn’t feel the extra cauterisation.  She said the hot wire loop caused a burning smell.

The wire did not stop the bleeding completely, so the colposcopist used another instrument to cauterize the incision.  If you look closely in the third photo, you can actually see a small blue flame above the tool on the cervix.

The biopsy showed Cin2 (pre-cancerous) with no clear margins (however as the edge of the tissue was burnt, they couldn’t see the true margins).  The final photo is of the removed tissue in a specimen jar.

Later that night (three or more hours later), she had some slight cramping but no pain after that. She experienced no bleeding until 5 days or so after when the dark cauterized bits of flesh fell off.  She bled lightly for a couple of weeks and was given antibiotics for an infection.  She was required to refrain from sex, tampons, swimming, heavy lifting, strenuous exercise etc. for a 2 or 4 weeks after the procedure.

She had a follow up pap smear 6 months after the procedure (they give it time to heal completely) which, thankfully, came back normal. During that smear she didn’t get to see her cervix on the monitor,  but the nurse said it looked like a smooth mini donut. The hole/os is now larger than it was. 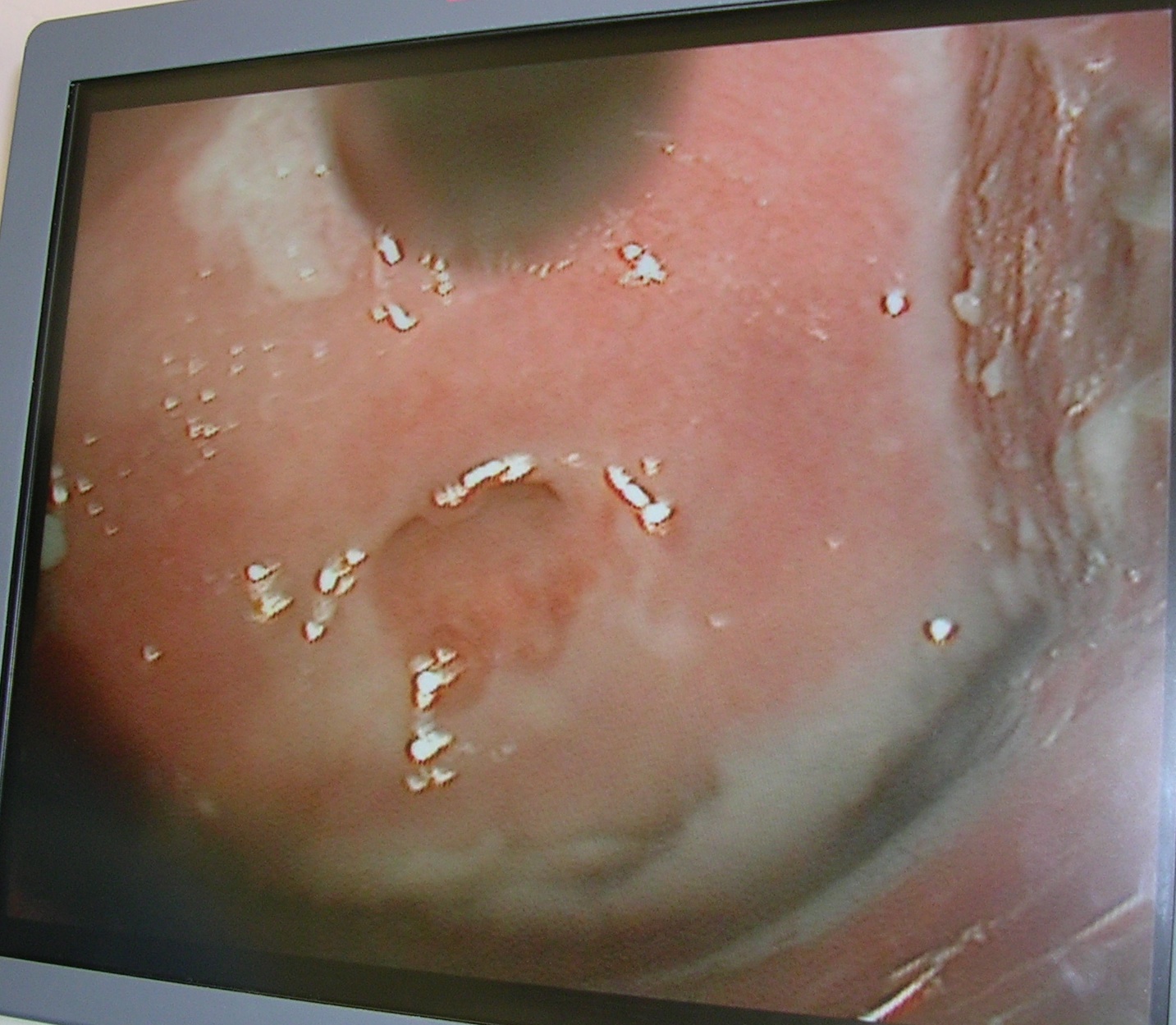 From point of view of the colposcope, after anesthetic applied. 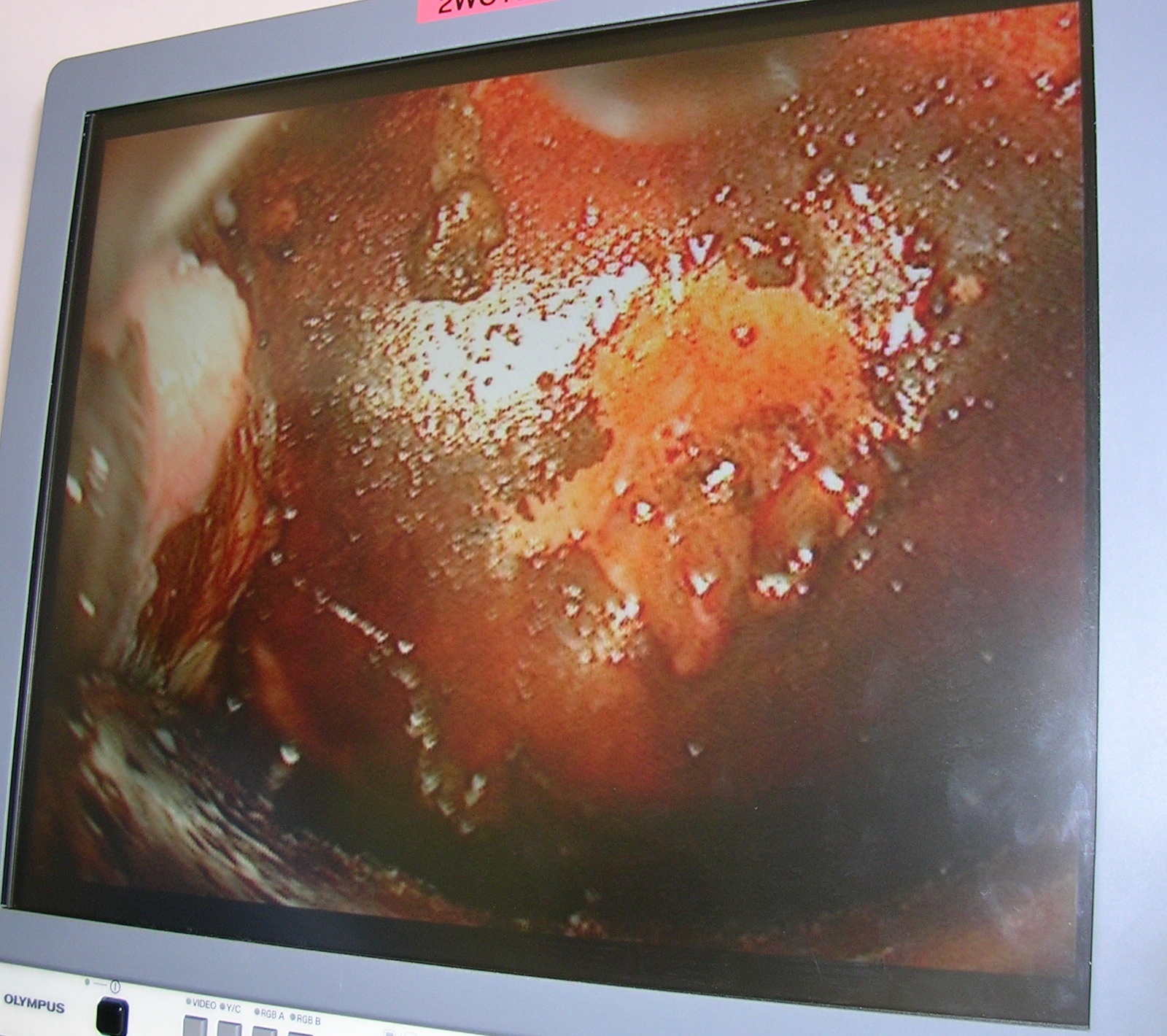 Acetic acid and iodine solution applied to the cervix to temporarily stain and help visualize any abnormal cells. The whiter area indicates the abnormal cells. 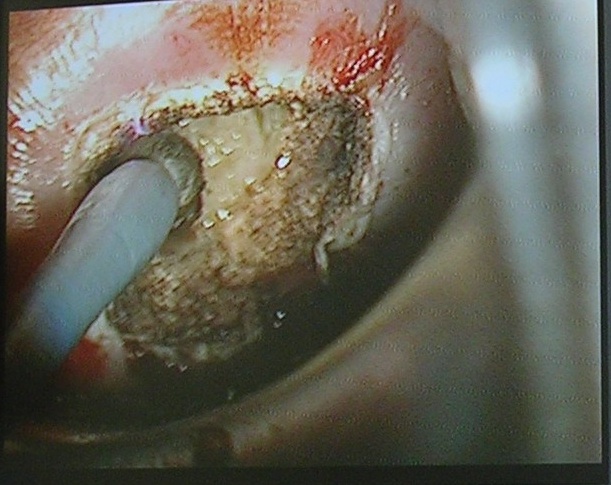 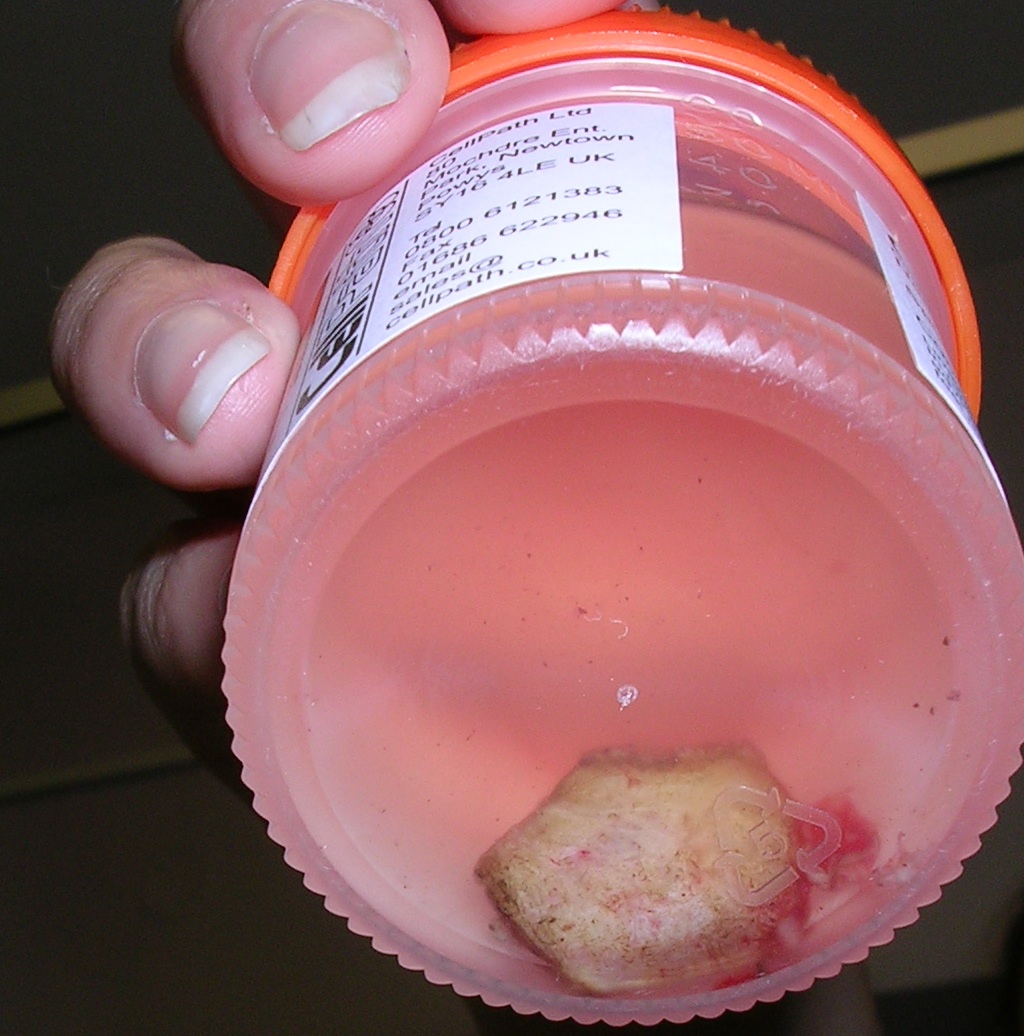