This is the cervix of the 23 year old woman who has no history of STIs and has never been pregnant.  She underwent two colposcopies due to abnormal precancerous cells being found on her pap smear results.  Once the speculum is inserted, the doctor uses a colposcope (like binoculars) to illuminate and magnify the inside of the vagina and cervix so they can see what is not visible with the naked eye.  Sometimes vinegar or iodine is sprayed or swabbed onto the cervix; these solutions will react with irregular cells and change their appearance/color, so the doctor can detect the tissue that is of concern.  They may also take a biopsy, or tissue sample, from the surface of the cervix or endocervical canal (slightly inside the os) to send to the lab for further testing.

The first photo was taken during her first colposcopy after abnormal cells were found in her pap smear results.  A biopsy confirmed abnormal cells and so a LEEP procedure was performed to remove the abnormal tissue 3 months later.

Two months after the LEEP procedure, this woman had a Paraguard IUD inserted as birth control.  About 6 months later, her doctor performed another colposcopy (2nd photo) because her pap smear again showed abnormal results. 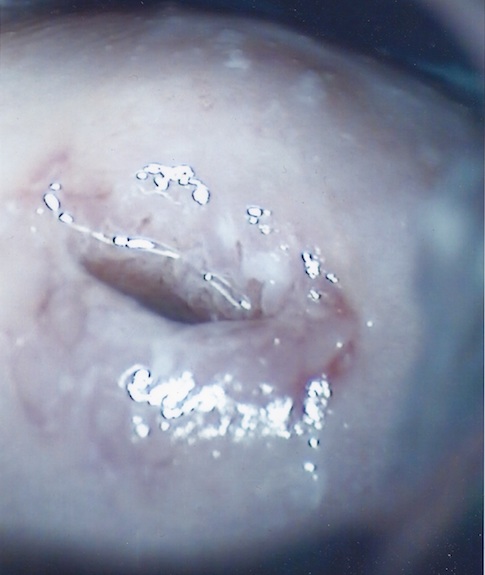 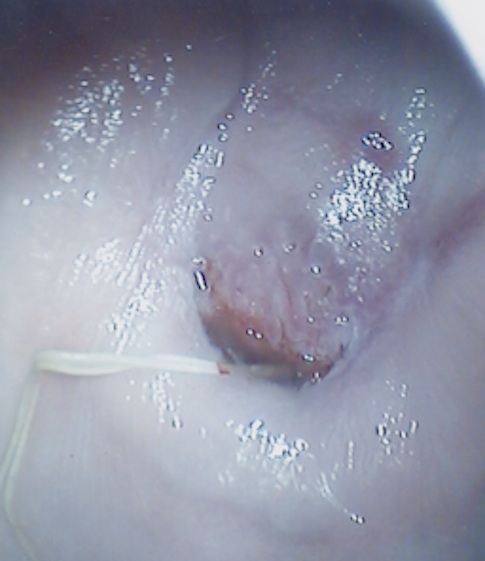